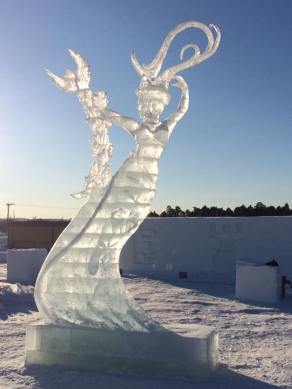 On January 20th the bronze medal for ice carving was awarded to the first ever American team at the 3rd Annual Changbaishan International Snow and Ice Carving Competition, held near the border of North Korea in China’s northeastern Jilin Province. 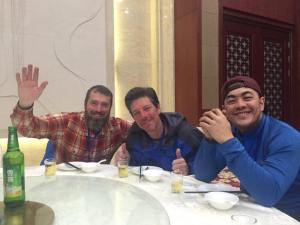 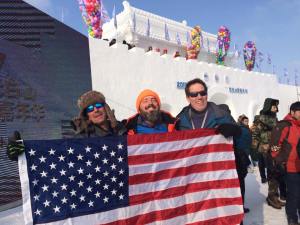 Team captain Roger Wing assembled a dream team comprised of Joe Rimer from Florida and David Fong from California.  Dawson List from Louisiana rounded out the representatives from the USA as a judge for the event. 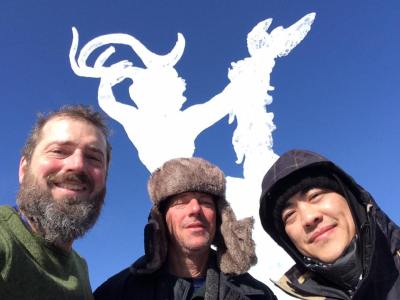 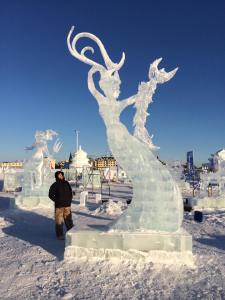 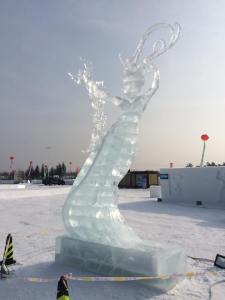 David’s design was executed in just three days under adverse conditions to near perfection. The finished piece soared nearly 4 meters high, higher than all the competition, in a design that pushed the parameters of technical skill, expressive beauty, and evocative storytelling. 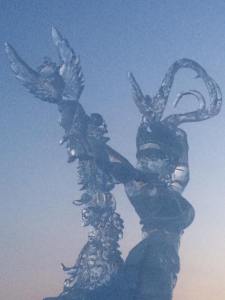 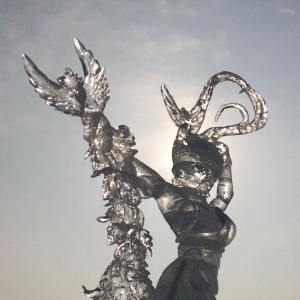 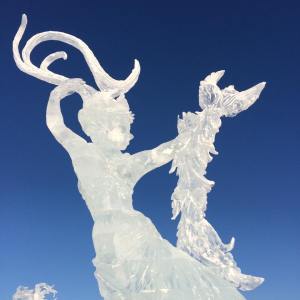 Giver of Light portrays an imagined spirit inhabiting the region’s most prominent landmark, Changbai Mountain.  The mountain is a dormant volcano whose top blew completely off, leaving a crater lake, encircled by a ring of mountains.  The lake is the highest of its kind anywhere in the world with its highest peak rising above 9000 feet.  The lake, known as the Lake of Heaven, is the headwaters of major rivers in China and Korea and figures prominently in the region’s folklore.  Our ice carving depicts the volcano’s inner spirit, bringing light and warmth to the wintery landscape.  Our team experienced the volcano’s power in the restorative warmth of the area’s natural hot springs, the food and hospitality of the people we met, and the spirit of competition at the festival. 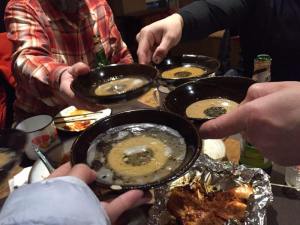 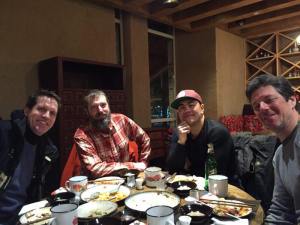 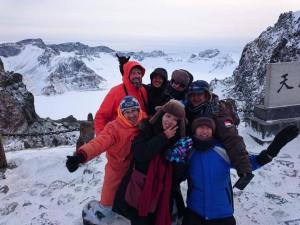 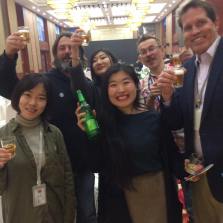 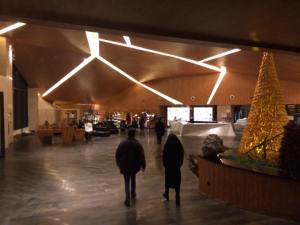 It was a joy to be invited to participate and to work with such talented, good natured and utterly devoted teammates.  Download and play the video at the following link to see two master ice carvers do what they do (while I filmed and provided critical ground support):  img_2791